Previously operated by: All State Theatres 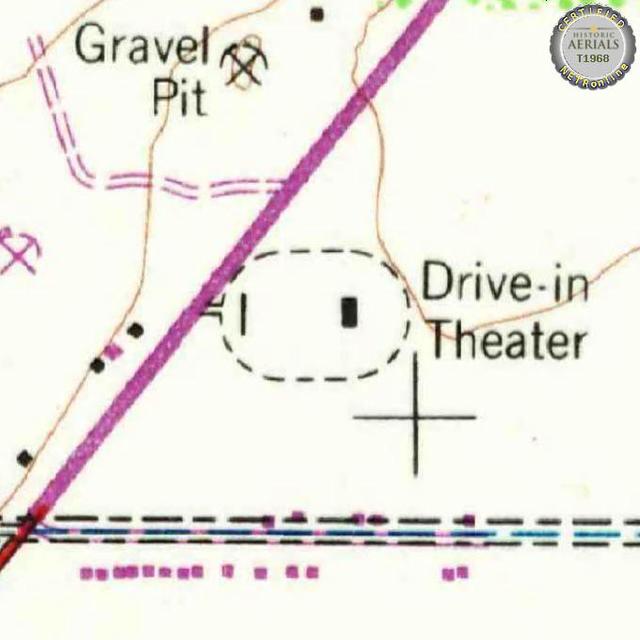 On August 4, 1955, wind damaged the screen tower of the Chief Drive-In “still under construction,” according to a story the next day in the Abilene Reporter-News. But that story added, “A movie was shown at the theater (that) night.”

The September 10, 1955 issue of Billboard announced, “Clarence McNeil has opened the new Chief Drive-In Theater at Abilene, Tex. It has a capacity of 450 cars.”

The 1955-56 Theatre Catalog listed the Chief Drive-In, owner Clarence McNeil, with a capacity of 400.

The “New Chief Drive-In” reopened under the ownership of E. L. Williamson, whose All States Theaters also owned the Key City Drive-In.

The Motion Picture Almanac began including the Chief Drive-In in its 1957 edition, capacity 500, owner C. McNeel, but it only lasted three years before falling off the list in 1960.

A Reporter-News article said that drive-in was “about three-fourths of a mile southwest of the city limits on U. S. 277.” In newspaper advertisements, the Chief/New Chief Drive-In’s address was listed as Bronte Hi-Way or San Angelo Highway. Its final advertisements was in September 1958, but the Chief Drive-In was still included on topo maps through at least 1968.

A 1968 aerial shows the drive-in demolished with only the ramps and outline remaining.

By 1995, the drive-in had virtually faded away. Today, the property is mostly an open field with a walking track located on the north side of Faith Deliverance Community Church. There is no trace remaining.