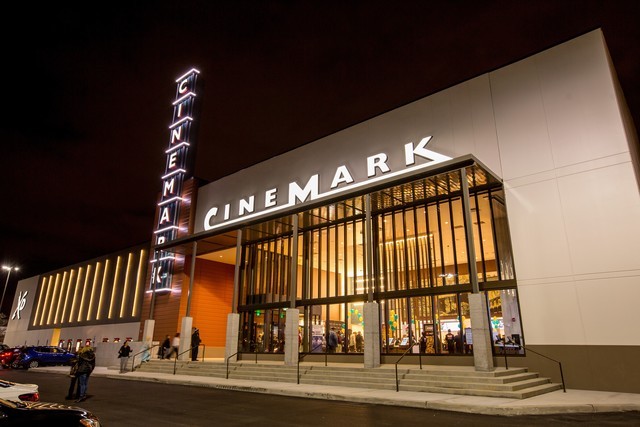 The Cinemmark Willowbrook Mall and XD opened on November 22, 2019 with 12 screens with XD

Nice. I saw the seat count myself when getting tickets for Play with Fire. I’ll be going there today so I’ll report back. They’re really playing up the “Pizza Hut” part in the marketing, IDK why but it’s probably a last ditch effort for the pizza place.

Looks like they got tables and stuff too BTW. Should’ve been a dine in if possible. My theater isn’t the XD one so I can’t report on that, but I may just walk in when Frozen 2 is playing to see what it looks/sounds like. I’m excited. I love new theaters.

poland626, when I went to the new Cinemark in Watchung a while back, I snuck into the XD screen there. Its the largest house and only one with stadium seating. But man was the picture huge and the sound seem to come at you from all angles. My wife and I plan on seeing a movie in there one day.

This one had stadium seating in a regular screen I saw Playing With Fire in, I think it was screen 3. I think each screen has stadium seating here. I’m waiting for Frozen 2 to leave the XD here. I saw it already with family and don’t wanna see it again. I’ll have to try the Watchung one someday after this one.

Saw Rise of Skywalker in the XD house the other night. Nice comfortable heated recliners with armrest table for snacks. Picture was bright (a curse on theatre designers who don’t use movable masking, though) and sound was loud and clear (nice bass shakers in the seats), but was harmed by the too bright red aisle lights in the lower section. The lights are so bright you could cast a dark shadow on the screen even with house lights up and no film playing. Hurt the impact of the dark space scenes. If the film was 1.85 it would be even worse because the lower 3 feet would be completely blown out red by the lights. Going to send a nice note to the Cinemark people and hope they correct this mistake.

Those heated seats are nice. They have them in Watchung also/ They do shut off after a period of time, so you have to turn them back on again.

How about those in amc

I’m cursed to see MY FAIR LADY on the big screen. Saw it twice 1) Bellevue in Montclair- they played it in non- anamorphic, 2) AMC Wayne, the same way. I figured Cinemark would be on top of things. Got to the theater, nothing on screen, told an employee, he checked with the manager, said the mgr. said it would begin at the start time. I told him that TCM/Fathom events have a 30 min. pre- show with trivia, crowd noise, ads etc. The employee didn’t know much just repeated what his mgr. said. At the start time, it begins, the trivia starts. Now there’ll be a 30 min. wait that I was not willing to sit through trivia questions. The other patrons were excited to see the film on a big screen. I left, got a refund. Those patrons, I guarantee complained to the manager for the wait for the film. They played Fathom event films before and they always had the 30 min. pre-show play and the film started on time. Not this time though. Theaters really need to train their employees for these screenings. Or else I’m just never meant to see MY FAIR LADY starting on time and filling the large screen.

what an amazing cinema!!

Rhett52. I had that happen twice at Cinemark Here in Asheville. They get the digital feed from Fathom events and sometimes it doesn’t make it to all the theater. The local Cinemark here is awesome. As movie buff82 said it’s amazing. Regal and AMC have yet to open the box offices even on weekends and it makes the concession stand lines ridiculous