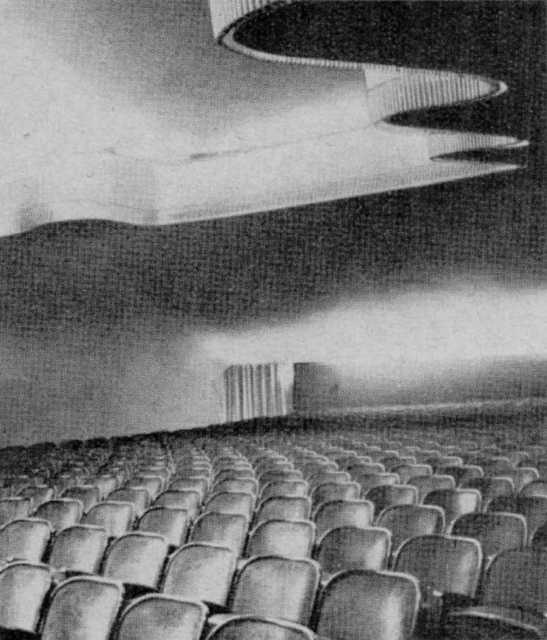 Built as a replacement to the original Alhambra Kino at this address which was destroyed by Allied bombs in 1944 (it has its own page on Cinema Treasures). The Alhambra Filmtheater was built and opened in 1951 by Rolf Theile. It was designed by Kassel based architect Paul Bode in a sweeping Art Moderne style, with seating for 982 in orchestra and balcony levels.

It went over to screening art house films and was closed on 31st December 2000. It was demolished and a new 14-screen Alhambra multiplex was built on the site (it has its own page on Cinema Treasures).