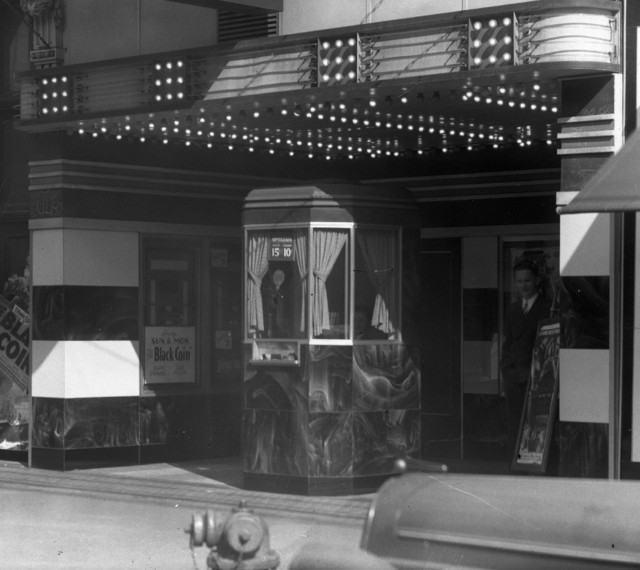 This theater was opened in 1908, by Peter Lopina, as Pete’s Theatre and closed in 1910. Five years later, it reopened as the South Chicago Theatre, but closed again after two years. In 1923, the theater reopened as the International. In 1936, it was renamed the Joy Theatre. The theater closed for good in 1947, having last been part of the H & E Balaban chain.

Peter Lopina was my grandfather’s brother. He was known by locals as “two-for-nickel” Pete because he would allow two children to shuffle into the theatre for a single nickel. The first kid would pay his five cents and Pete would hurry the second kid through by patting him on the back. I have some great photos of him in front of the theatre that I can scan and post if anyone is interested.

The architect was Franz Roy, whose office was nearby at 9046 S. Commercial Avenue. He designed a number of area buildings.