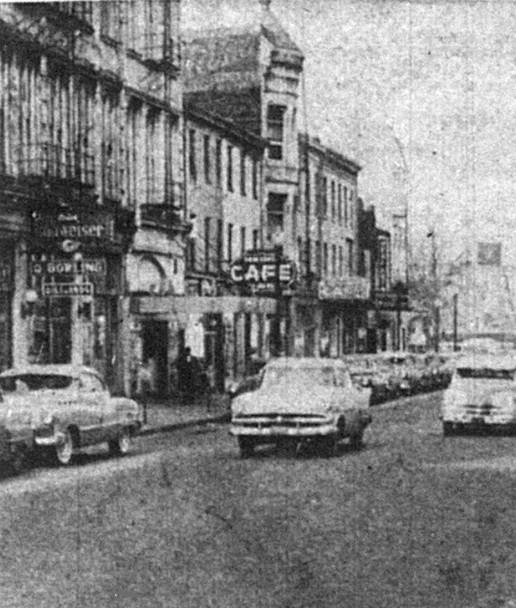 Another early Quincy theater located on Hampshire Street, the Gem Theater opened in 1909, and during its short life it was also known as the Savoy Theater. It was closed in 1912

This house might have been called both the Savoy and the Gem at various times, but there were houses of those names operating simultaneously in Quincy at one point. A book called Quincy and Adams County History and Representative Men, published in 1919, tells of Peter E. Pinklemann, a transplant from Philadelphia, who “…bought four theaters in Quincy, and now owns the Gem, the Savoy, the Princess and the Family, all popular and well patronized houses, furnishing a large share of the daily entertainment and amusement for Quincy people.”

Joe, I found a reference that a Peter Jacobs, former police chief of Springfield, Il opened the Savoy and Gem at 522 and 524 Hampshire. There are also references to both of these properties changing hands a number of times.

And the Glenn Theatre, opened in 1910 as the Colonnade, was at 520 Hampshire, so for a time there were three small theaters in a row, with the Savoy in the middle. I wonder if there are any photos of the row somewhere?

This item from March 29, 1924 issue of Exhibitors Herald mentions the Savoy and Gem as well as the Princess:

“Messrs. Pinckelman [sic] and Cory, who operate the Savoy, Gem and Princess theatres, Quincy, Ill., have another house under construction at Quincy. It will seat 500 and they expect to open in June. Rube Levine is the architect.”

Pinkelman and Cory opened the new Washington Square Theatre later that year. But the item indicates that the Gem operated far beyond 1912.

We also don’t yet have a listing for the Savoy Theatre at 522 Hampshire. The Gem and Savoy were still listed in the 1926 FDY, but not later.