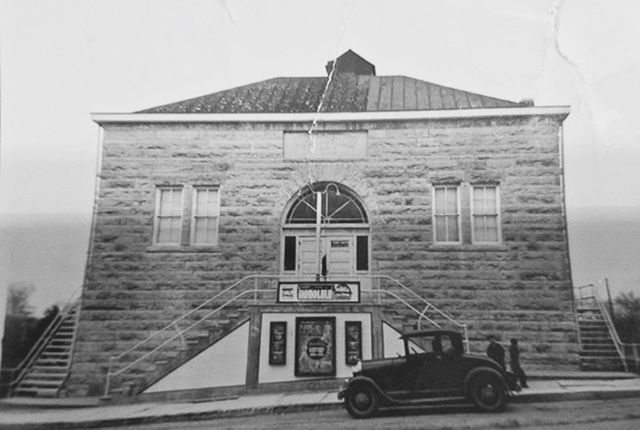 A couple blocks north of the downtown strip on Cottonwood Street at the corner of 5th Street. Google Streetview shows an old building which doesn’t much resemble a theater. Over the front door is the remnants of a carved stone sign saying “Auditorium 1900”. This is the former Strong City Opera House which operated from late-1900. By 1926 it was operating as a 200-seat movie theater having been renamed Lyric Theater. It was still open in 1927 having been renamed New Theater. In 1928 it was renamed Twin City Theater and by 1932 it was renamed Uptown Theater with 300-seats. The Uptown Theater was still open as a movie theatre in 1957 with 310 seats.

By 1987 it was operating as a government theatre. It eventually closed, and in the fall of 2000 the roof collapsed. The city purchased the building and gave it a new roof. Renovation and restoration work began in 2017.