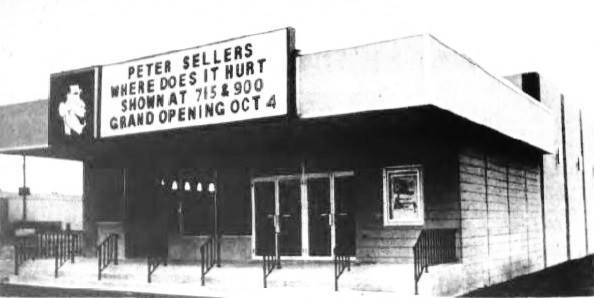 Grand opening of the Jerry Lewis Cinema was October 4, 1972 in a free standing building at the end of the Arterial Plaza Shopping Center, with Peter Sellers “Where Does It Hurt?”. It was open until at least June 1982 when it showed “Poltergeist”.

Demolished, replaced first by the CVS which moved north of it’s original mall presence. Advance Auto Parts is now on this site, connected to the rest of the mall.