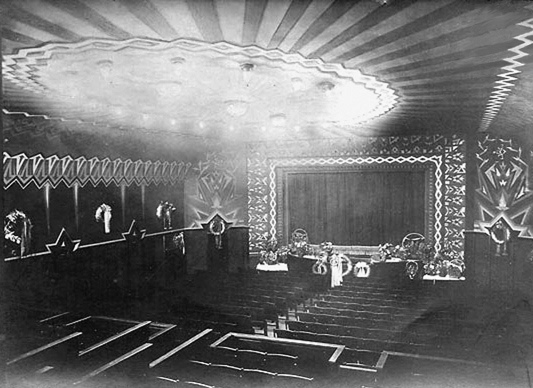 Located in the Dillingen city centre district of Dillingen-Innenstadt. The Kinomatographen Theater Helios was opened in 1910. It was designed in an Art Nouveau style. It was closed in 1924 for renovation and re-opened in 1925. In 1926 it was operated by Sebastian Thies.