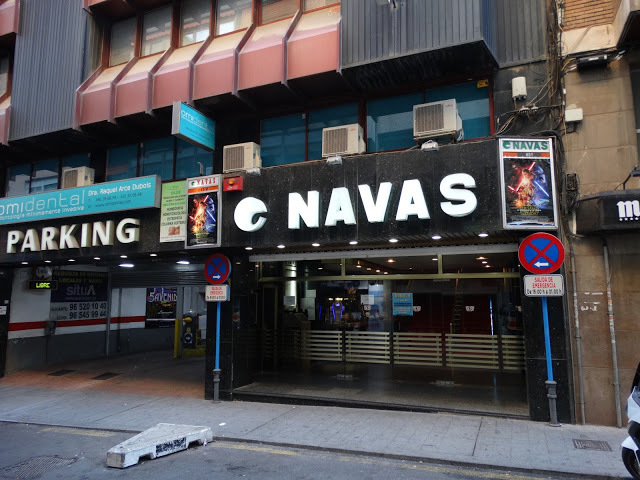 A modern late-1970’s building which included a large cinema with stalls and circle. The Cine Navas was opened in June 1979 with Brad Davis in “El Expreso de Medianoche (aka Midnight Express). It would appear that the circle only now forms the cinema and the stalls area has been converted to bingo.

Sleek modern foyer with stairs up to the single screen auditorium. Situated on a side road in the city centre.