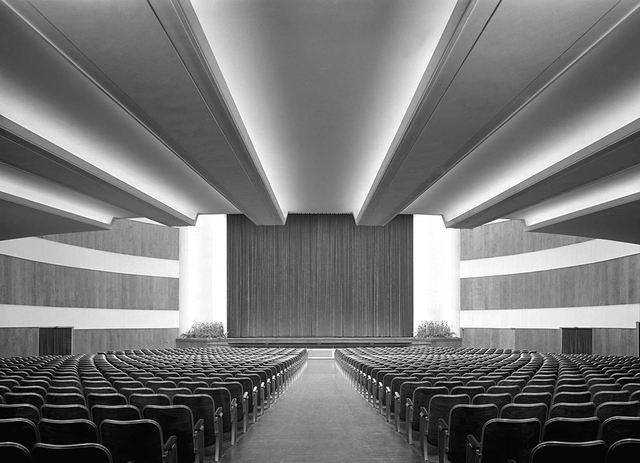 Located in the Westfalenhaus and designed in 1922 to the plans of architect Jacob Koerfer. This opened in 1930 as the Emelka Palast with 2,149-seats in orchestra & balcony levels. The cinema was operated by Emelka Theater AG and was equipped with a Christie 2 manual organ which was opened by British organist George Tootell. The size of the stage for live performances was 13x10 meters In 1931 a Klangfilm sound system was installed. In 1932 the Ufa Theater AG chain took over the operation and the Emelka Palast was re-named Capitol Film und Buhne. In 1941 it was demolished by Allied bombs during World War II.

In 1950 the cinema was re-built and re-named Capitol im Westfalenhaus. It had 1,859-seats by Bahre in orchestra & balcony levels. It was operated by Berta Koerfer Deutsche Filmtheater GmbH. The E VII B & EX projectors were by Ernemann. In 1955 it was taken over by the Universum Film AG chain. In 1956 a 4-channel stereophonic sound system by Klangfilm was installed. The size of the CinemaScope screen was 11.2x6.9 meters. Later a second screen was added which was named Bambi and had around 150-seats.

After 1964 films were dropped and it became a live theatre named Hansa Theatre.