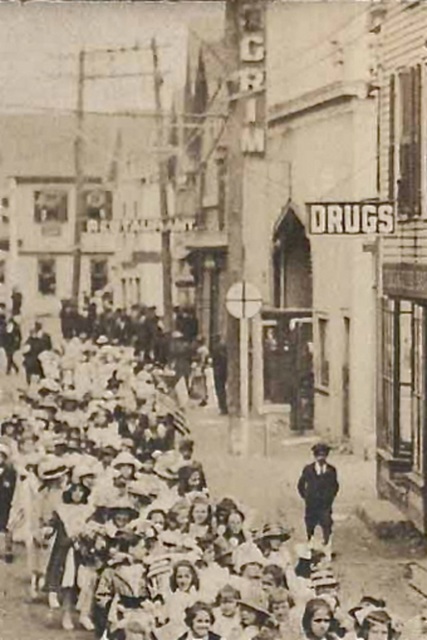 Frank Knowles Atkins (1877-1940) was the heir to the Samuel Knowles livery stable at this location, which had been established by his grandfather. He moved the livery business to Bradford Street and then built the Atkins Theater, which The Advocate described as the second movie palace in Provincetown and “at one time the finest on this part of the cape.”

The newspaper said that here “were shown many of the early ‘flickers’ of the silent era". (“Old Theater Is Coming Down,” The Advocate, 5 May 1938; “Frank Atkins Dies After Busy Career,” The Advocate, 2 May 1940.)

Victor Lewis purchased the theater and renamed it the Pilgrim Theater. He closed it and then, in 1938, demolished it.