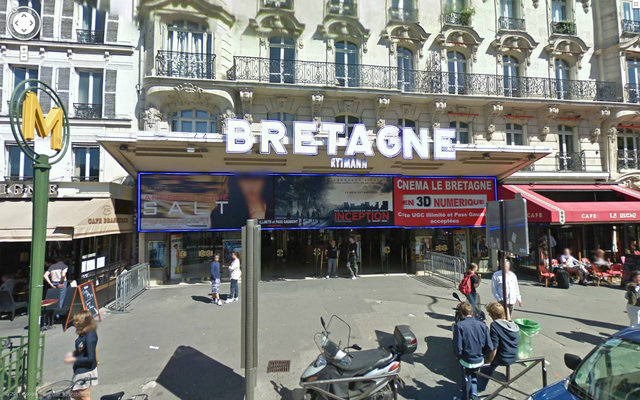 Located in the south inner city district of Montparnasse. The Bretagne was opened on 27th September 1961 as an independently operated 850-seat single screen cinema. It was equipped with 70mm & 35mm projectors. All seating is on a single floor. Bands of concealed lighting in the ceiling illuminate the auditorium.

In 1973 a second small 200-seat screen was added, whilst the original screen seating capacity has been reduced to 800-seats. It was independently operated by the Rytmann Cinemas chain and the main original auditorium is currently (2020) the 3rd largest cinema in Paris.

It was closed in March 2020 due to the Covid-19 pandemic, reopened, and closed again in October 2020. It was taken over by Pathe Gaumont in October 2021 and will keep its name and identity, but became part of the Gaumont Parnasse across the boulevard.