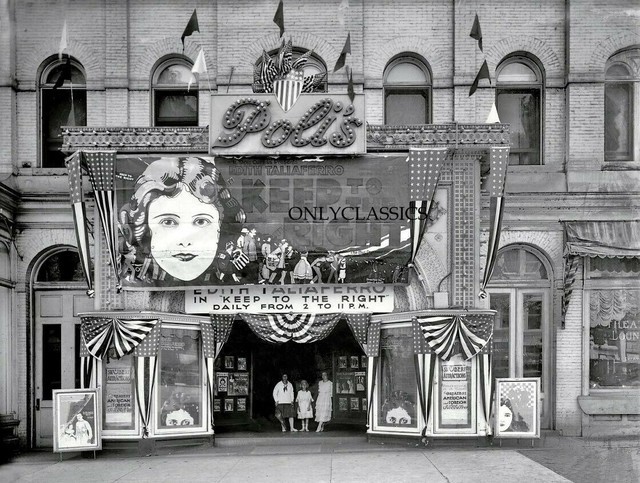 Located at 15th Street NW and E Street with its entrance on Pennsylvania Avenue. Originally built as an armory for the Washington Light Infantry Rifles, it was designed by architects W.B. Gray & Harvey L. Page. Prior to completion of the building, it was leased to local theatre manager John W. Albaugh who opened it as Albaugh’s Grand Opera House on November 10, 1884 with Emma Abbott in “Semiramide”. There was a rifle range in the basement. Several operators later it was re-named the New Grand Theatre in January 1899 and became a vaudeville theatre. Movies became a regular part of the program.

It was taken over by Sylvester Z. Poli in 1912 when it was renamed Poli’s Theatre. In 1922 it was totally gutted and remodeled to the plans of noted architect Thomas White Lamb. The upper tier of seating had been removed as had the third tier of boxes. The main balcony was replaced and 1,200-seats were installed in the orchestra seating area. New York based artist Thomas Dougherty painted three large murals on the auditorium side-walls. It reopened in November 1922.

The U.S. Government announced plans to demolish the theatre before the expiration of the lease in June 1939, Poli and the Shubert Organisation sued. But the government won and the theatre was demolished to make way for the Federal Triangle.