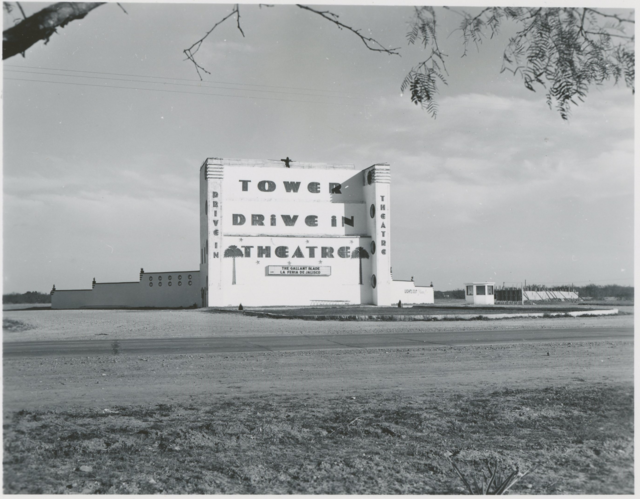 The Tower Drive-In was opened by 1948 when it was operated by Arnulfo Gonzales. The initial capacity was 400-cars, later increased to 500-cars. By 1955 it was listed as a ‘Stadium Type’ theatre with a capacity for 352-cars and 73-seats. It was closed in 1963 due to the IH35 running thou the middle of the drive-in. Main screen sat there for years. Torn down when the Taco Palenque was built. It faced IH35 for years.

really cool? how the screen st facing a highway for yars remains a mystery. reminds me of fresno’s motor -in theatre!