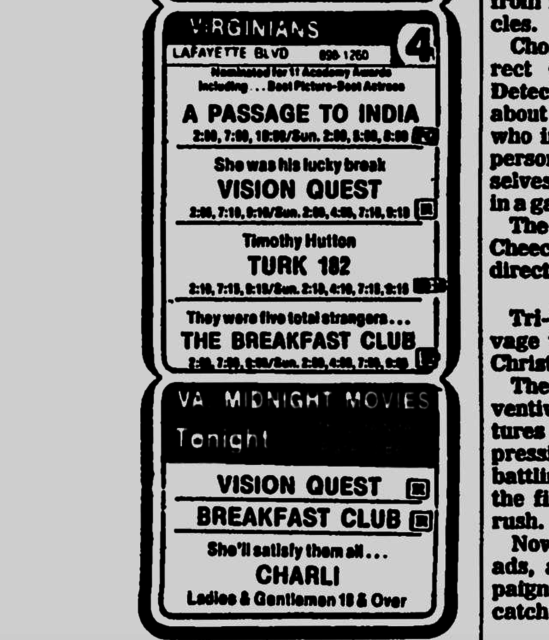 Opened by 1984, the Virginians Theatre 4 was located next to the Fredericksburg Drive-In. Screen 1 had a huge screen, but the other 3 auditoriums were smaller with a central aisle. It was a second-run theatre, opened by R/C Theatres and was later taken over by Regal Cinemas, who closed it in October 2000.

R/C took it back and did some renovations/remodel and it reopened as a first-run theatre in early-2001, but was not a success, closing after only a few months. It was demolished sometime between 2003 and 2005.