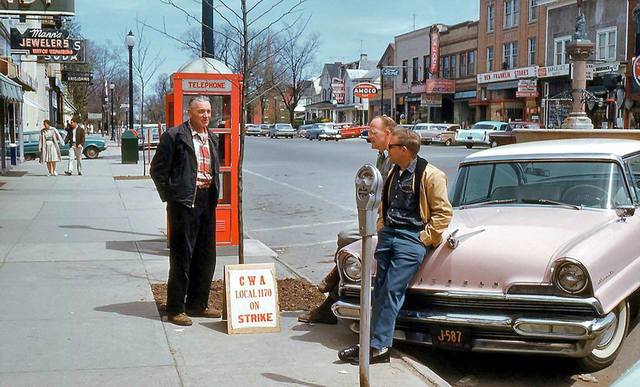 The Palace, (wow, what a misnomer) was built for a gentleman named Mr. Bondi in 1929. Its life as a movie theatre was extremely short – the theatre was converted to a bowling alley in 1938 and then into office space in 1985. The small marquee and vertical are still intact.

In the long hallway which leads to the small offices (not much bigger than office cubicles) are the original ticket wicket and pictures of the theatre after its conversion to a bowling alley. Probably a cute tiny theatre judging from what’s remaining; but a Palace it ain’t.

The theatre was the width of four bowling alleys and about fifteen feet longer than an alley. There was a small restaurant in the front part of the bowling alley. In naming his theatre Mr. Bondi exemplified both humor and imagination.

The March 30, 1930, issue of The Livingston Republican said that Peter Bondi’s new Palace Theatre was rapidly nearing completion adjacent to Bondi’s confectionery shop. The new theater was to be 30 feet wide by 116 feet long, and would seat 400 (though not very comfortably, I would imagine.) It was named the Palace in honor of the theater of the same name, Geneseo’s first movie house, which had operated on the same site about 20 years earlier.

Circa 1960/`61 photo added courtesy of the AmeriCar The Beautiful Facebook page.