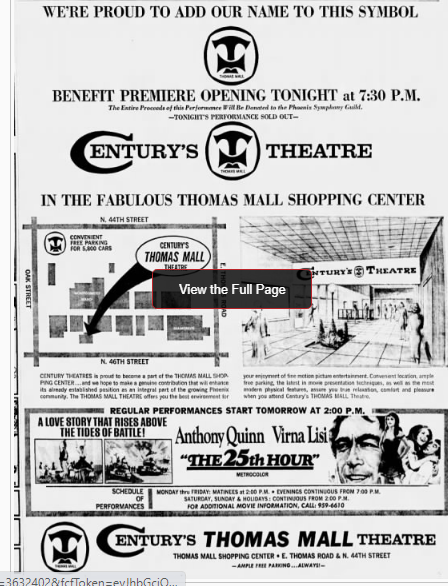 The Century’s Thomas Mall Theatre opened on March 16th, 1967 as the first theatre for Century Theatres outside of Long Island, NY. It was sold to General Cinema in 1973 who twinned it reopening on October 19th, 1979. In 1984 it was taken over by Harkins Theatres in 1984 and closed in 1993. No trace remains today of the cinema or mall.

The theatre was an add on to the southeast corner of the mall. The only such add on. 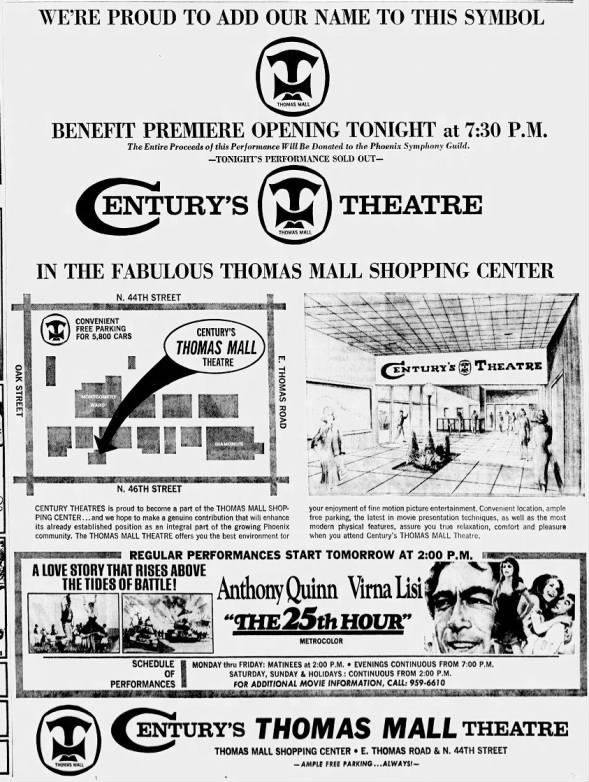 The Broumas Theatre Circuit announced this project in January of 1965 designed originally as a 70mm roadshow venue. However, Broumas ran into financial difficulty and - like the Page Manor Theatre project in Ohio - was taken over by Century Theatres and opened by them in 1967.