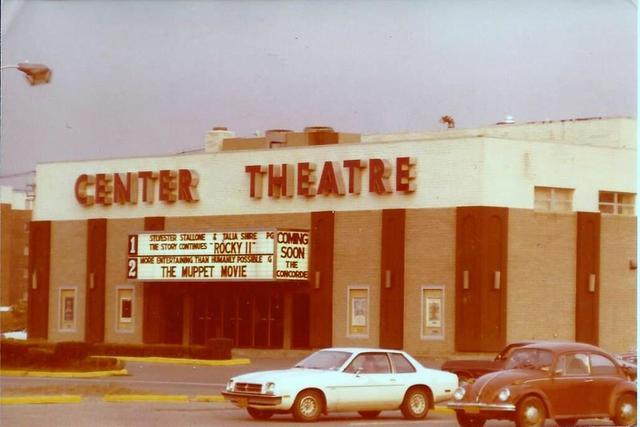 Neil Hellman, local Albany theatre operator, opened this free-standing deluxe theatre in the rear of the Colonie Center, behind Macy’s. It opened with the mall in 1966. The theatre was sold to United Artists in the 1970’s, and was twinned in 1978. It was the long-time home of United Artists “Midnight Madness”, and played “The Rocky Horror Picture Show” on one screen, and the other screen alternated with titles such as “Pink Floyd: The Wall”, “The Song Remains the Same”, “Kentucky Fried Movie” and “Heavy Metal”. The theatre was always well maintained and closed in 1988. It was demolished for parking for the new Macy’s store that was built and attached to the old Macy’s which was turned to retail space.

Many years later Regal opened the new Colonie Center 13 attached to the old Macy’s space. The Fox Colonie Twin across the street on Wolf Road, and the SBC/Hoyt’s/Regal Cine 10 was across the street in the rear of the Northway Mall. All three of the old theatres (Center, Fox Colonie & Cine 10) have been demolished.