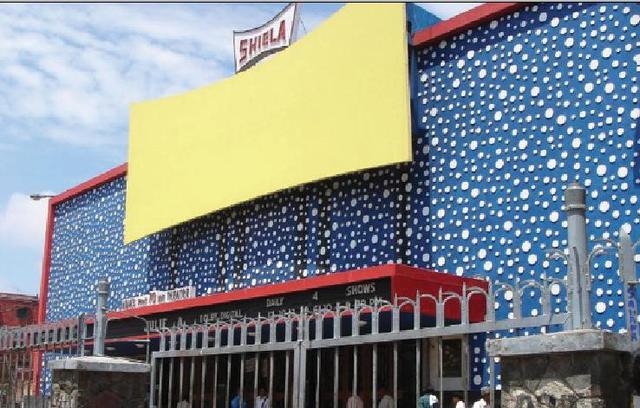 Located in central Delhi. The Shiela Theatre 70 was opened on 12th January 1961 with Yul Brynner in “Solomon and Sheba”. It was a modern single screen cinema, designed by American architect Benjamin Schlanger, and an unusual feature on the façade was a giant curved concrete screen painted white. The auditorium was plain, without any decoration and the huge 70mm screen (the first to be installed in India) dominated the space, with no curtains to cover it. Built for operator F.C. Kaushish, it was named after his wife. Seating was provided for 1,020 in orchestra and balcony levels. The U2 Universal 35/70mm projectors were by Bauer of Germany. The six channel stereophonic sound system was by Klangfilm. Later a DTS and Dolby Digital sound system was added. It was later re-named Shiela Cinema.

During its first 15-years of operation it played only English-language films. The Indian premiere of “Barbarella” was held here with its star Jane Fonda appearing ‘in person’. From 1975, Bollywood films were introduced into the programming. The Shiela Cinema was closed in April 2017.