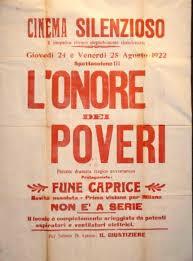 The Cinema Excelsior opened in 1905 as a single screen cinema (not to be confused the the Cinema Multisala Excelsior which has its own page on Cinema Treasures). In 1919 it was re-named Cinema Teatro Silenzioso and in 1932 it was equipped with a sound system. It was closed around 1940.

The Cinema Astra was built on the site, opening in 1943 (it has its own page on Cinema Treasures)