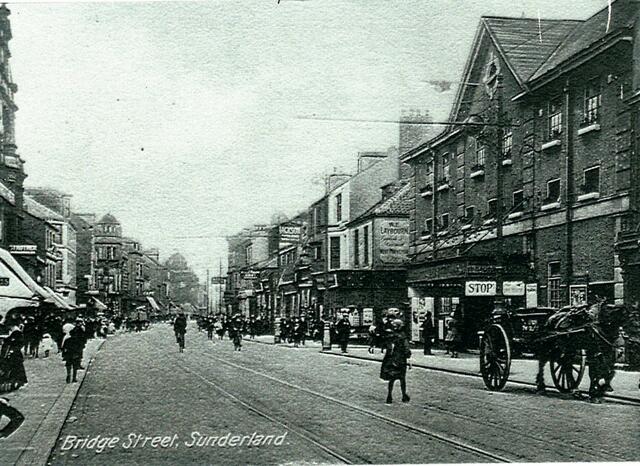 Despite the Picture House being one of the longest-lasting cinemas in Sunderland, relatively little is know about it.

It opened on 16th December 1912 with “His Mother’s Picture”, and had 1,500 seats. Music was provided by the Viennese Orchestra, but in later years the preponderance of westerns, and the sound of gunshots, inevitably gave it the nickname ‘The Ranch’.

By 1958 it was operated by Consolidated Cinematograph Companies Ltd. of Newcastle. Operating with a Western Electric(WE) sound system and 1,050-seats. It had a 35ft wide proscenium. The Picture House closed on 30th September 1966 with “Our Man Flint”, starring James Coburn. By that time the seating capacity had been reduced to 973.

It was demolished to make way for new roads: “Bridge Street” is embossed on an early photograph; it is believed the site of the cinema is nowadays on High Street West.