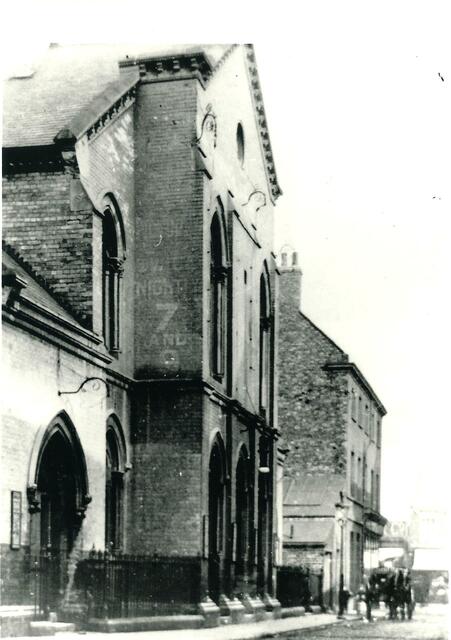 In Newcastle upon Tyne city centre, when the Olympia halls burnt down in 1907, the owner of the USA Picture Company, Audrey Appleby, submitted plans for the conversion of this former United Methodist Chapel to a cinema.

The building was altered very little inside or out; the horse-shoe shaped gallery was retained, which must have produced some poor sightlines. The projector stood on the hall floor, behind a protective wall of three to four inch concrete.

There were two shows nightly, at 7pm and 9pm, with matinees on Wednesday and Saturday. Some amateur talent contests were held.

In March 1911 Sidney Bacon took over. The cinema was to be reconstructed and redecorated on a “lavish scale”, but this does not appear to have been done. Instead, he let the hall to Edward Cant and John Grantham, who made some minor alterations in 1912-13 but otherwise let the re-named Apollo decline.

Certainly it was no match for the purpose-built cinemas beginning to appear in the city, and it appears to have closed in 1914: that October, W. H. Bacon proposed to use the building as a “Cinema Military Target Shooting Gallery”, where soldiers could be trained. Much later the hall was used by Chapman’s the furnishers, but it has now been long demolished.