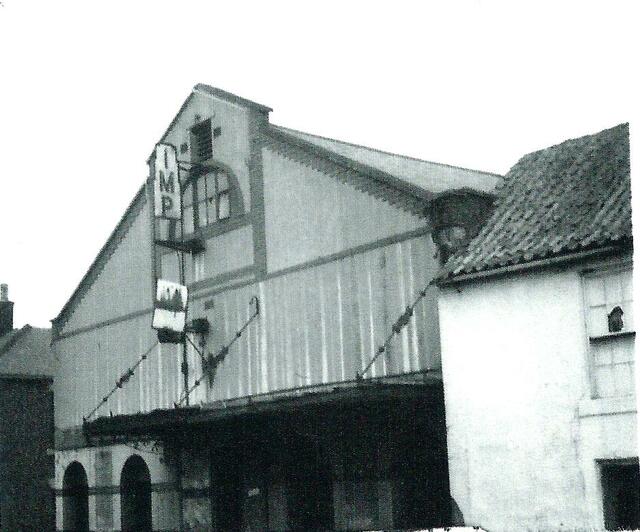 In the Byker district of Newcastle upon Tyne, the Minerva Theatre was, according to a quite possibly biased advertisement, “acknowledged to be the prettiest theatre in the district”. Built by Heaton and Byker People’s Hall Ltd., it opened some time around 15th August 1910. It was a modest hall, seating only 360. There were the usual two performances nightly, at 7pm and 9pm.

A programme from September 1910 included Miss Flo Frazer, “Dainty Comedienne and Dancer”, so variety played a part, at least in the early days.

From about 1911 to 1918 the Minerva Theatre was leased to Mr E. Pirman and was screening films. Then, on 19th September 1918, it was offered for sale. After “spirited bidding” it was bought for £2,100. Leased to J. H. Dawe, it was renamed the Imperial Picture Hall. Stanley Dawe was resident manager. J. H. Dawe said that, when he took over the lease, the hall was “absolutely a white elephant”; however, since he had been in charge business had boomed and he had been able to buy it outright. The Dawe family owned the Imperial Picture Hall until closure.

BTP sound was introduced in 1931. Early on Friday 27th August 1937 a serious fire broke out backstage. Mr Dawe estimated the damage at about £4,000.

The Imperial Picture Hall reopened, now seating 381, on 28th February 1938 with “The Charge of the Light Brigade”, starring Errol Flynn.

Into the 1950;s and 1960’s the cinema continued to find its audience, with Elvis Presley in “GI Blues” and action movies starring musclemen such as Steve Reeves being particularly popular.

Nevertheless, the Imperial Picture Hall closed on 24th August 1963 with “The Beast of Hollow Mountain”, starring Guy Madison. Initially the closure was for redecoration only, but rumours of the impending reopening of the Apollo Cinema, in Shields Road (see separate Cinema Treasures entry), led to it becoming permanent.

Initially the building became a warehouse. In 1977 it was bought by theatre group Bruvvers as their base, but due to planned road changes in the area (the site of the Imperial Picture Hall was eventually swallowed up by a roundabout) this idea was never realised and the building was sold to Tyne and Wear County Council. It was demolished late in 1985.