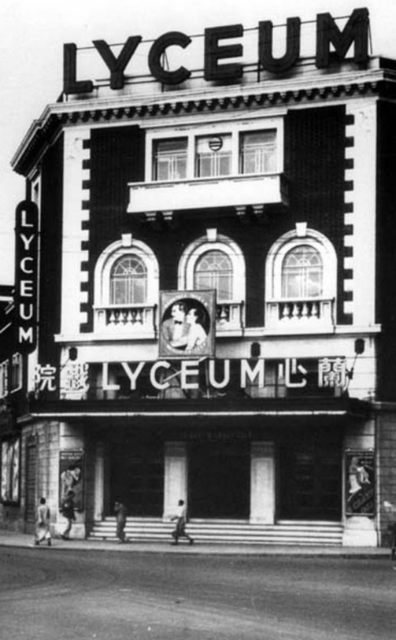 Located in the Hangpu district. The first Lyceum Theatre was a wooden European style live theatre. It was opened in 1866/67. The theatre was located at 185 Yanmingyuan Road. At the end of 1870 it was destroyed by fire.

In 1933 it was equipped with a sound system and movies were being screened. After 1945 it was in use as a live theatre again with performances of the Peking Opera. In 1952 it was re-named Shanghai Arts Theatre.

In 1992 it reverted back to its Lyceum Theatre name. In 2020 renovations began to bring the theatre back to its 1930’s appearance.