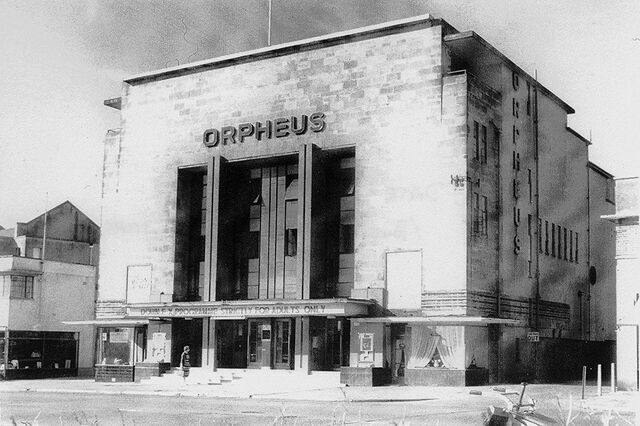 Located in the Henleaze district of Bristol. The Orpheus Cinema was opened by G. Pugsley on 16th February 1938 with Robert Colman in “Lost Horizon”. It was designed in an Art Deco style by architect Alec French. The ceiling of the 1,400-seat auditorium was stepped down toward the proscenium. It was equipped with a Western Electric(WE) sound system. The Orpheus Cinema was closed on 23rd October 1971 and despite opposition from locals was demolished in spring/summer of 1972.

A new 3-screen Orpheus Cinema was built on the site (it has its own page on Cinema Treasures).