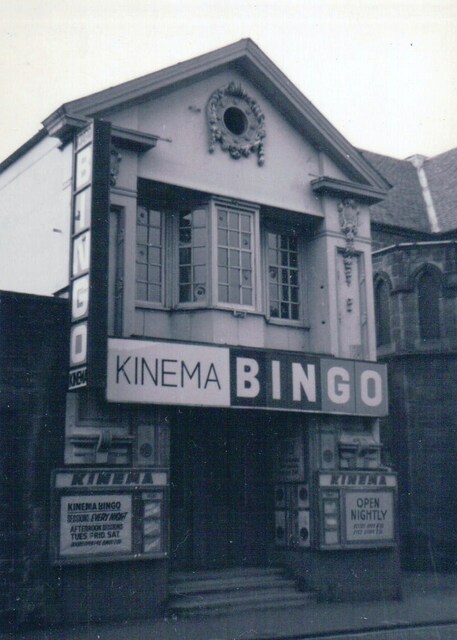 Located in Dunfermline, Fifeshire. The building was originally a manse (home of a minister, which in England would be a vicarage) to the adjacent church. It was given a new higher façade designed by architects Muirhead & Rutherford. It opened as the Palace Kinema in 1915. It was independently operated and had a 31ft wide proscenium. Around 1929 it was equipped with a Western Electric(WE) sound system.

In the mid-1950’s when CinemaScope was installed the proscenium was widened to 42ft.

The last operators were Fife Entertainments Ltd. and it was still open in 1969. Closed soon afterwards, it became the Kinema Bingo Club. Later demolished, the site was used as a car park for a while. Today, a large Chinese restaurant named the Kinema Restaurant operates from the site.