Opened on December 20, 1985, AMC Theatres had another turn with another theater in the Phoenix area as the Bell Plaza 8 was opened at the Bell Plaza Center not too far from an area called WildFlower in extreme northern Phoenix.

The AMC Bell Plaza 8 remained as an AMC theater for the rest of the theater’s career. The theater showed its last films and closed its doors exactly a week prior to the 9/11 attacks in September 2001. But just days right before and days and weeks after the attacks, the AMC Bell Plaza 8 was still listed on the Arizona Republic as the words display at the bottom to “call for showtimes” but remains attached for another month later that October until it was removed. 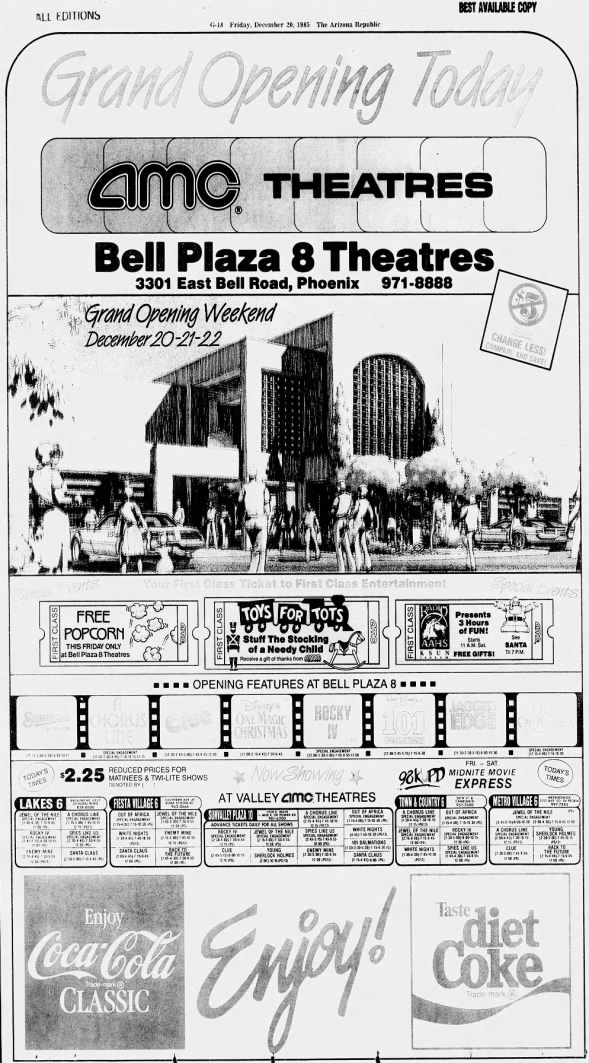