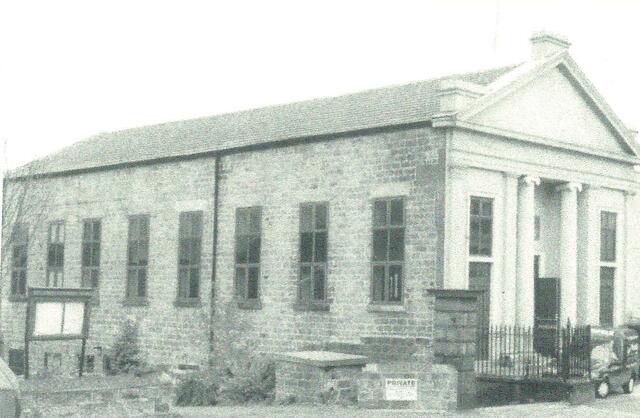 Located in the centre of Barnsley, the foundation stone for the Temperance Hall was laid on 18th July 1836.

Its initial purpose was as a meeting hall for the Oddfellows but, on 30th April 1910, an advertisement appeared in the Barnsley Chronicle for the Royal Canadian Pictures, to be presented twice nightly at 7pm and 9pm. From then on the hall was in use as a picture house, with Frank Seymour as the first manager and lessee.

However, despite initially complying with the requirements of the 1909 Cinematograph Act, in 1915 the town’s General Purposes committee refused to renew its licence until the operating box was put in good order. The remedial work was swiftly carried out.

Into the 1920’s the cinema was known as the Cosy Cinema. But there were further (unspecified) licensing issues in 1926 and the Cosy Cinema closed on 28th May 1928 with Lya Mara in “Flower of the Forest” supported by “Yellow Menace”.

The building appears to have lain dormant (or was used as a warehouse) until 1952, when it was sold for £5,400 to J. W. Farnsworth & Co, warehouse proprietors. That company was approached by a Blackpool-based repertory company to allow it the use of the hall, gallery and stage. However, this scheme fell through when the council insisted it could only grant a licence for the whole three-storey building, or none of it.

The building, which was granted Grade II listing in August 1977, and was extended in 1990, has continued with a variety of uses. By 2020 it was occupied by Reed in Partnership employment agency.