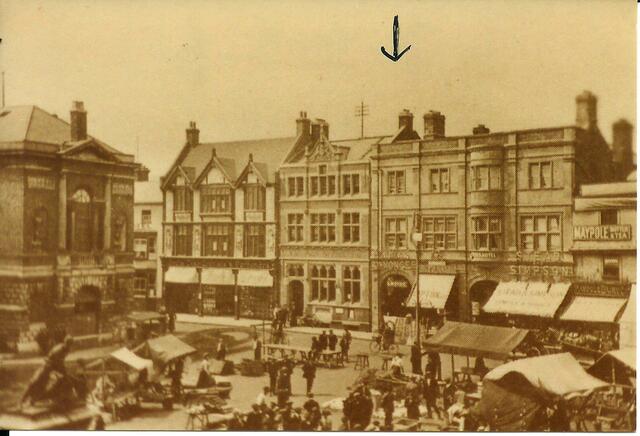 Situated in the centre of Bury St. Edmunds, Suffolk, the Empire Electric Palace was advertised in the local press as being “Now Open” on 21st January 1911. This modest hall was built behind existing buildings one of which was the Post Office, with the main entrance being in Bell’s Arcade, which ran between those buildings.

The lessees were Messrs. Hawkins and Frank, with Sidney E. Frank as manager. There was seating for 300 on a single floor, but business must have been brisk as, in 1912, major alterations were carried out, including the addition of a balcony, which increased the seating capacity to 450. The cinema was renamed the New Empire Cinema.

By 1915 the cinema was leased to Walter Cook, who was also the manager. He remained at the helm until early-1925, when the New Empire Cinema was acquired by Bury Cinemas Ltd., run by Douglas Bostock.

However, on 9th January 1926, at 5.30am, a fire was discovered by a postman. Despite the fire brigade’s best efforts the building could not be saved. It was never rebuilt.

The postman had been at the rear of the Post Office, one of the buildings that flanked Bell’s Arcade. Remarkably, that building survives - and is still a Post Office! The building on the other side of the arcade was originally occupied by a Lipton’s shop: that building has since been demolished, and the (extremely bland!) replacement is home, primarily, to Barclays Bank.