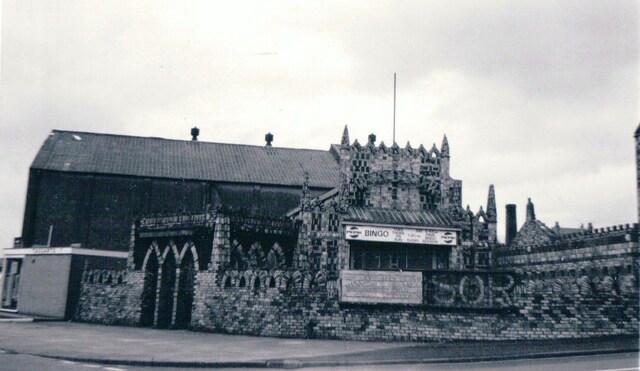 The exterior was in a Moorish style and was as flamboyant as its owner, having a fortress look with defensive walls, battlements. There was a gatehouse which was topped from one of the glazed domes for the Cunard liner the ‘Mauritania’, which had been scrapped in the Forth of Clyde shipyards. The interior was fitted out in panels and Ionic columns which had been saved from the ‘Mauritania’. It was equipped with a British Acoustic(BA) sound system.

Micky Burns sold the Windsor Theatre to Courock Picture House Ltd. in the early-1940’s and they operated it for the remainder of its life, closing in the early-1960’s and becoming a bingo club. The building was demolished in 1987, prior to which, the fittings from the ‘Mauritania’ had been removed from the building and their whereabouts are unknown. A housing development has been built on the site.