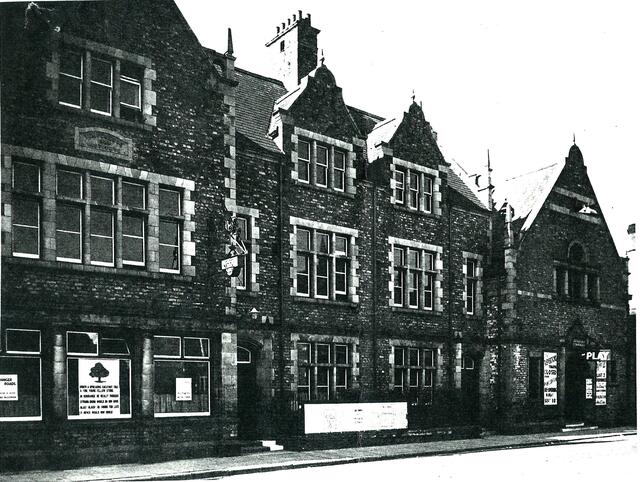 Situated in the centre of Darlington, County Durham, the Temperance Hall opened in 1910. Although presumably intended for wider social activities, cinema use began as early as 2nd October that year, using two Gaumont Chrono projectors.

Licensing restrictions initially resulted in the balcony not being available for use during the film shows. However, once a projection box had been constructed, the additional 90 balcony seats did become available.

Licensing records in 1913 have the hall’s name as the Temperance Institute. At this time there were experiments with the synchronisation of gramophone records with the projector.

Almost immediately, in a newspaper report saying that the management had secured the exclusive rights to “Fools of Society”, the Deutsche Bioscop production originally titled “Sundige Liebe” [“Sinful Love”], the Picturedrome name appeared.

The lessees in 1914 and 1915 were Messrs. Smith and German, but the war appears to have adversely affected the film shows and, by 1919, the venue had become home to exclusively live shows.

These continued into the 1930’s, at least, but at some stage the building was demolished, possibly in the 1960’s or 1970’s, judging by its replacement.

(By early 2012 the new building was home to Escapades nightclub. That was replaced by music venue The Hub, which opened around May 2012 after a major refurbishment, but closed in November 2012, with no reason given. The building remains closed).