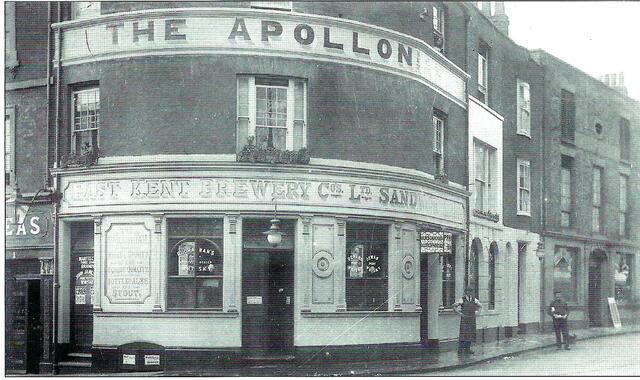 Situated in Dover, Kent, this short-lived cinema occupied an upper room of the Apollonion Hotel.

It opened in 1911 as the People’s Picture Palace but, despite standing at a busy tramway curve known as Court’s Corner, it was apparently not very successful.

According to a reminiscence in the Dover Express, in 1974, the cinema was reached up a wooden staircase, and admission was one penny. Apparently, “a woman would thump out a tune on the piano while a man pointed out the words to the film [presumably the intertitles] with a black stick. When there was a song we used to sing our heads off!”

At some stage the cinema appears to have taken the hotel’s name, but all to no avail, and it soon closed; by 1925 the hotel’s owners, Kent Brewery Company, was using the room for dancing.

But even the hotel did not have long left, as it was demolished in the 1930’s.