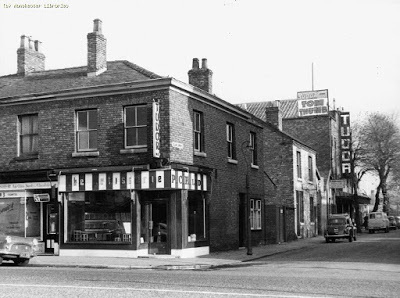 In Didsbury, previously in Lancashire, but now more a district of Greater Manchester, the Bijou Electric Palace opened in 1913. Seating 350, it was run by H. Merryweather.

It was still named the Bijou Electric Theatre until 1929 when it was closed due to damage by a fare. Architect Peter Cummings made plans to renovate the cinema. By 1932, according to the Kinematograph Year Book, the cinema had been renamed the Didsbury Picture Theatre, quite possibly following the installation of a British Talking Pictures(BTP) sound system. In 1932, a 14ft deep stage and two dressing rooms were also listed, and the proprietor was Didsbury Picture Theatre Company.

By 1938 the cinema was owned by B. H. Franks Cinema Circuit; the following year, the Kinematograph Year Book lists the owners as Raymond Garforth and Frederick Stonier. That edition also lists 585 seats, so there must have been some enlargement/modernisation at around that time, and it also notes that the cinema’s name has apparently been simplified to simply Picture Theatre.

This continued until closure on 12th August 1967, with “Fahrenheit 451”, starring Julie Christie, albeit with the seating slightly reduced, at 555.

Bingo took over operated by the Ward Cinema Circuit until at least 1969. The building then stood empty until it was demolished for new housing.