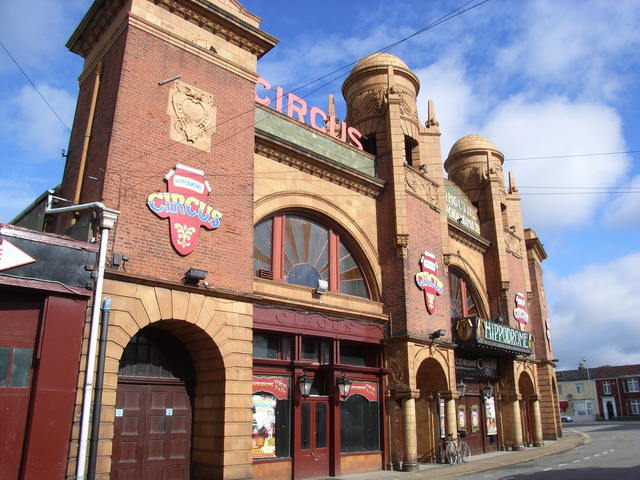 Located in the seaside town of Great Yarmouth, Norfolk. This important building (Grade II* Listed) is one of only two permanent purpose built circus buildings still operating in the UK (the other is Blackpool Tower Circus). The Yarmouth Hippodrome was built and opened in 1903 and has a traditional circus ring, which can be flooded for water spectaculars (Blackpool has the same). Due to present UK laws, animal acts are no longer featured, but the animal cages and outbuildings are still there. It is operated by Peter Jay, who comes from a family of showmen who also operated most of the cinemas in Great Yarmouth and still owns several of them (which are in other uses these days).

The Hippodrome Circus was screening films from its opening in 1903 as part of the circus/variety show. It also served as a music hall and Lily Langtree & Houdini appeared here. In the 1920’s and 1930’s it became a full-time cinema during the winter months. It was equipped with a British Acoustic(BA) sound system. Today it is also presenting one night concerts as well as being an all year round circus.