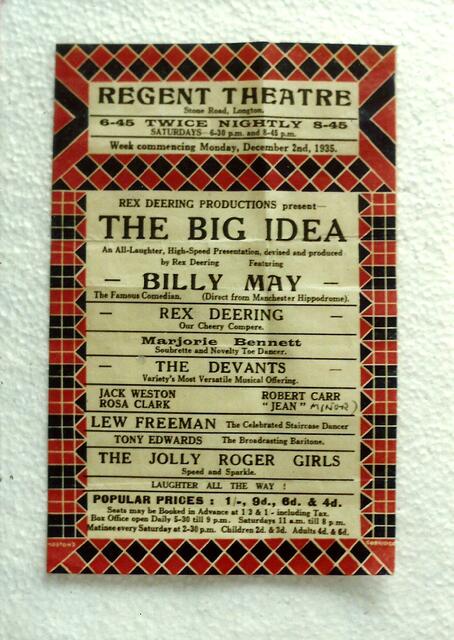 In Longton, in the Potteries, near Stoke-on-Trent, the Picturedrome opened in 1909 in Stone Road (now Lightwood Road). It was situated near to the Sutherland Institute, which had opened in 1898 and now serves as one of Stoke-on-Trent’s libraries.

The Picturedrome was constructed out of wood and iron, with a roof made of metal sheets: as with many such early cinemas, when it rained the noise of the drops hitting the sheeting would drown out the film! A programme of cine-variety was presented.

In 1921 the Picturedrome was renamed the Regent Theatre, and moved over to purely live shows.

Always a fairly basic building, the Regent Theatre closed in 1936, after an inspection found safety deficiencies. It didn’t re-open.