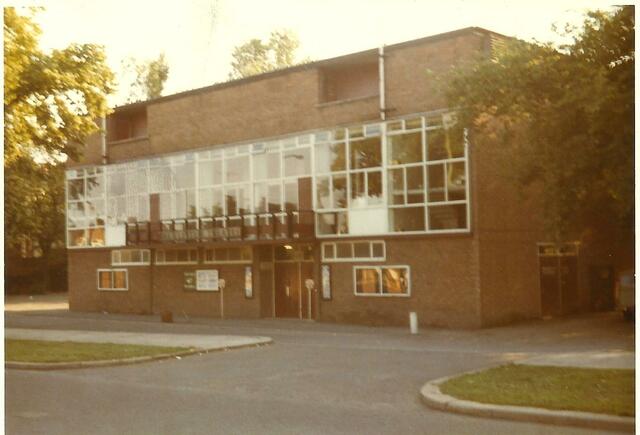 In Middlesbrough, on Teesside, the story of what is now Middlesbrough Theatre began in 1928, with the closure of the Opera House and its conversion into the Gaumont cinema (see separate Cinema Treasures entry).

Fearing the loss of live theatre in the area, representatives from over forty dramatic societies met to consider forming a company to keep live theatre active. A variety of performances took place over the following years and, as a result, the Middlesbrough Little Theatre Society was formed in 1930.

The society’s ambition had always been to have a theatre of their own, and in 1944 a building fund was launched. The search for a site was on and, at last, in 1950, the society was able to buy Toft House and its spacious grounds for £5,250.

Construction was initially held up due to the post-war National Austerity programme, which prohibited building except for essential purposes, but those restrictions were lifted in 1954 and the Little Theatre was formally opened on 22nd October 1957 by Sir John Gielgud (who is reported to have asked, when invited to open the theatre, “Where is Middlesbrough?”). It was the first post-war theatre to be opened in the UK.

Middlesbrough Little Theatre Society initially ran the theatre independently, presenting not only their own productions but those of other amateur operatic and dramatic societies as well as hosting visits from professional companies. However, by the mid-1960’s the rising costs of running a successful theatre were proving too burdensome for them and they entered into negotiations with Teesside Corporation to take over the theatre. As a result a new Trust was established in 1974.

The most recent step in the theatre’s history came in 1996, when its name was changed to Middlesbrough Theatre, not least because, with a stage 70ft wide by 40ft deep, it isn’t that little!

Today, the theatre continues as a Charitable Trust, with Middlesbrough Council as sole trustees.

The Little Theatre gains a place on Cinema Treasures as it was at one time home to Teesside Film Theatre, one of the British Film Institute’s network of regional film theatres. Unfortunately, it has not been possible to determine precisely when that was operative. However, judging from limited information on posters, it was certainly active as a cinema in the 1970’s, at the very least. So it is quite possible that the Teesside Film Theatre was set up as part of the transformation that took place when the new Trust was formed in 1974.