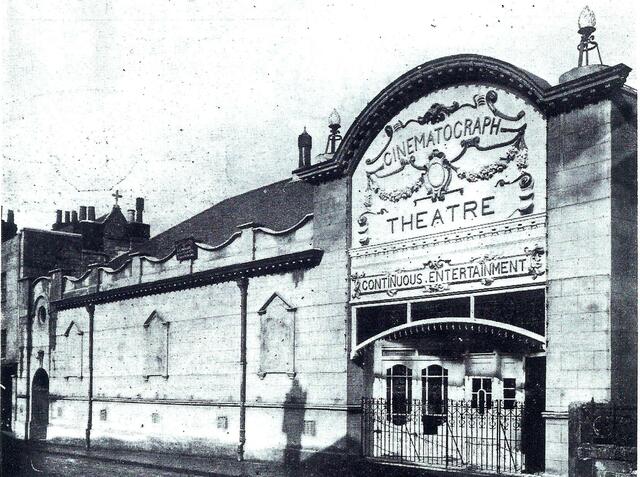 In the centre of Oxford, Oxfordshire, the Cinematograph Theatre opened on 23rd March 1912, following the demolition of Lisemore’s Stores in February 1911. The owners were H. G. Wilson and the Oxford Cinematograph Company.

Although always officially named the Cinematograph Theatre, this soon acquired the unofficial name George Street Cinema, which it ‘adopted’ for newspaper and billboard advertising.

The George Street Cinema maintained a very high reputation in this university city, in particular playing D. W. Griffith’s epic features, including “Intolerance” and “Birth of a Nation”.

It was quickly demolished, its site being taken up by the entrance to the new Ritz Cinema, which opened in April 1936 (see separate Cinema Treasures entry), a new street (Gloucester Street) and a new Co-operative store.