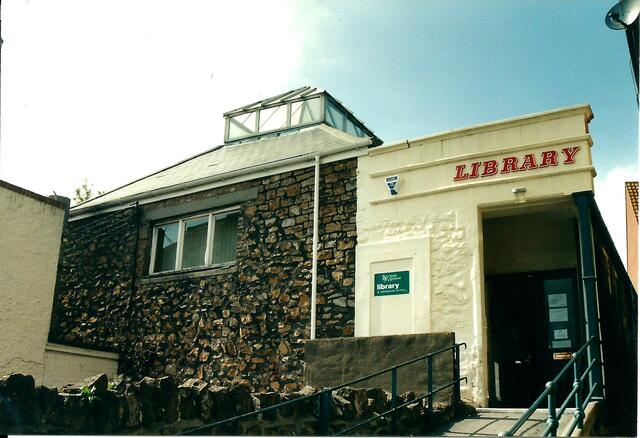 In Portishead, on the Severn Estuary in North Somerset, the Assembly Hall was erected in 1848 by public subscription. It was extensively altered in 1893, including the addition of a lantern roof (which was to cause problems when it was used as a cinema).

The first recorded cinematograph shows were in 1906. The first mention of the hall having become Portishead Cinema was on 9th November 1915, when a charity film show was given in aid of ambulances for the war effort. The films were supplied by Pathe Freres of London and Bristol Film Services.

In 1932 the cinema closed for a complete refurbishment and the installation of an Edibell sound system (later replaced by Morrison, Gyrotone and, finally, Western Electric(WE) systems). The cinema re-opened on 3rd October 1932 with “The Last Parade”, starring Jack Holt, and Buck Jones in “The Fighting Sheriff”. There were 400 seats and no balcony, but there was a raised area at the rear, with plush seats.

In the 1950’s, this very modest building (by now with only 184 seats) was considered unsuitable for adaptation for CinemaScope. So it was decided to close up.

The building became the local library. The interior was virtually gutted, but the exterior, with its lantern roof, was hardly altered.

The library lasted for many years, but eventually closed its doors on 26th March 2011, following the transfer of its services to a brand new library at Horatio House in Harbour Road.

Residents had hoped the building could be saved for community use, but North Somerset Council confirmed it would be put up for auction.

It was subsequently sold at auction in July 2011. It was purchased for £185,000 by Rickie Pearce and his brother-in-law, Gavin Brake, who run Gordano Carpets. They had a store at 6-8 High Street, but obtained planning permission to extend the library building, which was set back, forward in line with the neighbouring properties.

In due course the extension was built and Gordano Carpets moved in. The lantern roof remains, albeit rather hidden by the new street frontage.