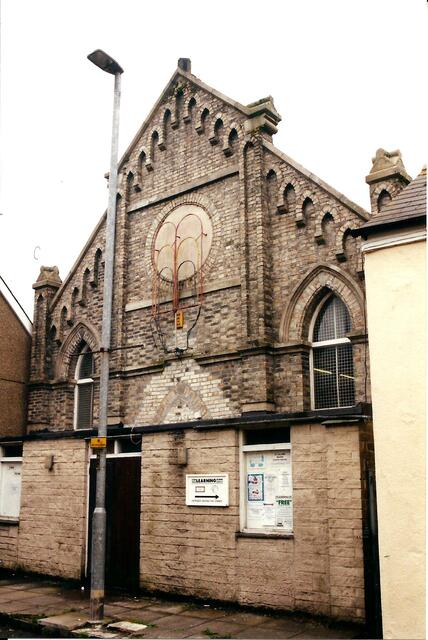 In St. Columb Major, 8 miles east of Newquay, Cornwall, this short-lived cinema opened on 29th November 1946 in a former chapel. It appears to have opened with the rather unusual name of Chapel Bungalow Cinema, and was possibly founded as a way to continue the shows that had been presented by the Town Hall Cinema, which had closed in February 1945 (see separate Cinema Treasures entry).

The operator was Raymond Hewiton-Clarke, and only portable projection equipment was used, presumably in conjunction with 16mm (non-flammable) film.

Improvements to the sanitary arrangements were made in November 1947, possibly alongside other works, and it appears to have been renamed Victoria Cinema at that time. The proscenium was 25ft wide, the screen 20ft by 10ft.

The building went into community use. Until fairly recently, there was some colourful neon lighting on the frontage, but it is not known whether this was a survivor from its days as a cinema (possibly not: it looked too complete). This has since been removed.