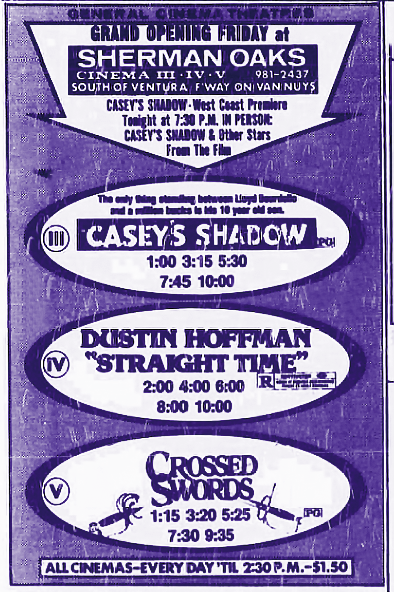 The GCC triplex launched on March 16, 1978 with a premiere of “Casey’s Shadow” with actors from the film including Michael Hershawe in attendance. The theatre then opened with its true grand opening to the public on March 17, 1978 with “Straight Time” with Dustin Hoffman, “Crossed Swords” (aka “Prince and the Pauper”) with Raquel Welch, and “Casey’s Shadow” continuing.