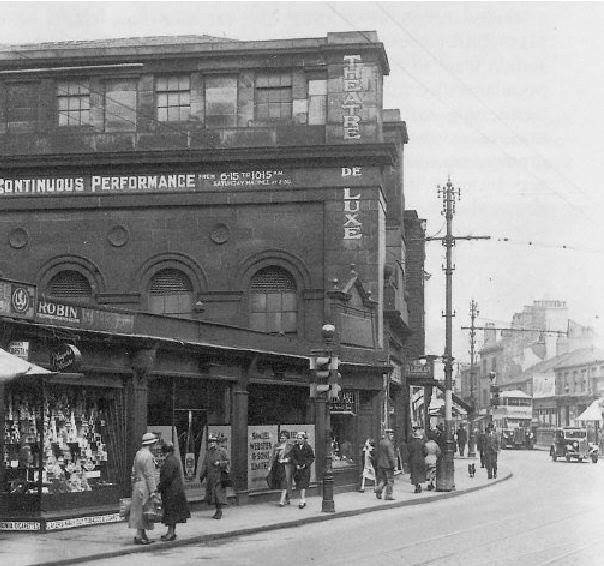 Originally this was the Casino of the Northgate Hotel and was built as an annex to the hotel in 1835. On 11th March 1912 it became the Cinema De Luxe. In 1914 it was re-named Theatre De Luxe. By 1934 it had been equipped with a British Thomson-Houston(BTH) sound system and later that year it was re-named Roxy De Luxe. It was closed on 10th December 1938.

It was then used by the Samuel Webster brewery, who owned the Northgate Hotel. It was demolished in 1959.