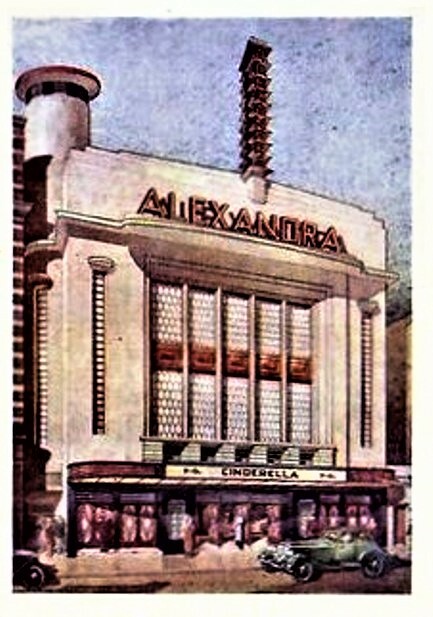 The Lyceum Theatre was opened on 27th May 1901 with the drama play “The Workman”. It was built for William Coutts and was designed by Birmingham based architectural firm, Owen & Ward. On 22nd December 1902 it was taken over by Lester Collingwood and re-named Alexandra Theatre after (then) Queen Alexandra. The first production at the newly name theatre was a melodrama “The Fatal Wedding”. Lester Collingwood was killed in a motor car accident on 19th September 1910. In 1911 it was taken over by Leon Salberg. The theatre presented its first pantomime “Mother Goose” in 1911 and from 28th March 1927 it became home to the Alexandra Repertory Company. Leon Salberg became chairman of the Clifton Cinemas circuit in the early-1930’s. The theatre remained in the Salberg family until July 1977 when it was taken over by Birmingham City Council.

In 1935 the theatre was demolished, apart from the dressing room block facing Station Street and some of the stage area. It was rebuilt to the plans of architect Roland Satchwell of architectural firm Satchwell & Roberts and architect Ernest Shaufelberg. The new Alexandra Theatre was designed in an Art Deco style. Seating for 1,565 is provided for 692-seats in the orchestra stalls, 412-seats in the dress circle and 460-seats in the balcony level. The proscenium is 40ft wide, the stage is 31ft deep are twelve dressing rooms. A projection box was located at the rear of the dress circle which was equipped with British Thomson-Houston(BTH) projectors and sound equipment. Films were screened occasionally and there were film Trade Shows of new releases held during mornings. In 1968 a new entrance was built on Queensway/Suffolk Street. In 1990 the theatre was renovated to the plans of architectural firm Seymour Harris Partnership.

The Alexandra Theatre is now operated by the Ambassador Theatre Group.