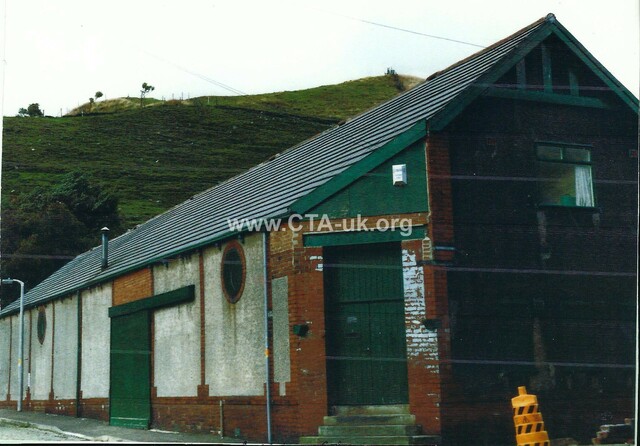 In Todmorden, a market town in the Upper Calder Valley in Calderdale, West Yorkshire, the B.O.S. Cinema opened in 1915. The rather odd name was derived from the initial letters of the three owners: Batty, Ogden and Spencer.

Its opening date is not known, but it is known to have been operating in April 1915, as the local newspaper reported that the Mayor, together with an officer from the Lancashire Fusiliers and other officials, visited all the town’s cinemas at that time seeking men willing to join up. (In contrast to the patriotic spirit we often read about, I gather they received a none-too-polite reception!).

The B.O.S. Cinema lost its unusual name when the ‘talkies’ arrived, on Monday 9th February 1931, and it re-opened as the Gem Picture Theatre. The new owner was Bernard Ormerod, and an AWH sound system had been installed.

By 1957 the Gem Picture Theatre had been acquired by A. C. Ricketts, and he closed it on 21st October 1957 with “The Iron Petticoat”, starring Bob Hope and Katherine Hepburn. He said that it was no longer viable, due to Entertainment Tax and declining audiences, and it was in need of a refurbishment that he could not afford.

The (very basic) building moved into industrial use. This appears to have lasted until the 1970’s, at least, but it has since been demolished and replaced by apartments.