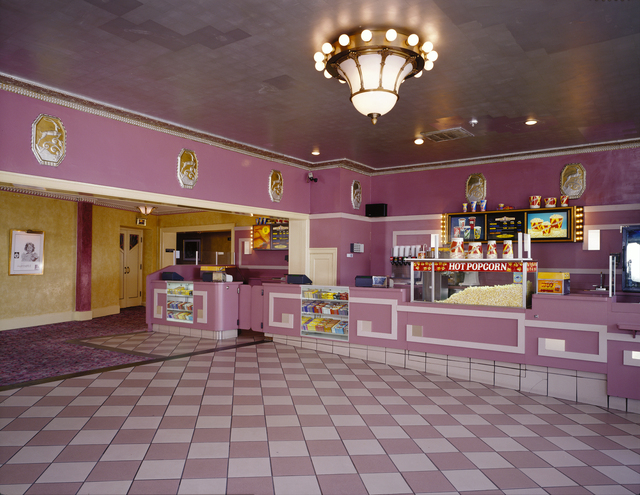 In 1988, the Paramount Theatre was brought into the Classic Cinemas chain and renovated, re-opening on December 15, 1988. Although the theatre was modernized, it retained much of what could be saved from its original Art Deco style interior.

Four screens were added to the original Paramount Theatre and were imbued with an appropriate Art Deco style treatment. Two auditoriums are equipped with digital projection and 3D, and all have HPS 4000 digital sound.

and maybe someone remembers the drive-in out on 17?

The Luna was right next door to the old Watlands Camera Store, indeed more or less kitty-corner from the Arcade Building (where my dad worked as an elevator operator when he was in high school, but that’s another story.) Have to admit I don’t know anything about the other five theaters you named, but I’ll ask my dad anout them the next time I see him.

What used to be the Majestic, I am told, is now used by the Kankakee Valley Theatre group for its performances and office space. (I remember those tile floors, too; my younger brothers used to pretend they were pieces on a giant chess board!) As for the drive-in on Highway 17, that was the Starlite (at least that was the name it used as far back as I recall, though I’m told it had operated under another named prior to the 1960s). Spent quite a bit of time at the Starlite as a teenager.

So I found out who owns the Majestic, and he supposedly has plans to do something with it. Also one evening, as I was enjoying a drink at the City Tavern (heh heh, with its “great” history) I noticed a photo of the Majestic on the wall next to the restrooms. The only old picture I have seen of it. I about died of happiness. It’s hard to find photos and other info on theatres here in Kankakee.

The Kankakee Paramount was a virtual twin to the Paramount Theater ibn Aurora, IL. They were built at the same time, 1931; the Aurora version opened in September. It’s now the Paramount Arts Centre.

I was the last projectionist at the Town Cinema theatre taking
Meredith place when he went out West.

The Paramount theatre is celebrating it’s 75th anniversary with a week of movies from the past seven decades. Here is a link to the Classic Cinemas page listing the films.
http://www.classiccinemas.com/Paramount75.asp

Jerry, how ya doing brother? Well, he left his message two and a half years ago. Oh well, it is the thought that counts.

Love this theater. Well worth the drive from Homewood or even Chicago if it’s a film in the main theater.