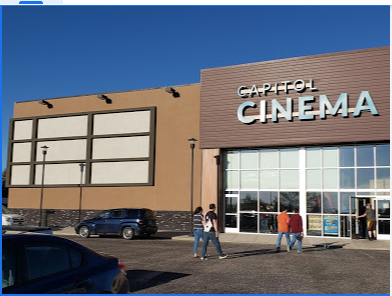 Opened as Capitol City Stadiums March 4, 2005, with 12 screens, in April 2021 the cinema was renamed Capitol Cinema 16 + ARQ. It originally had 1,600 seats and with the introduction of luxury recliners in 2016 capacity was reduced by half.

The Tribune-Eagle reported construction of a four screen addition began in October 2019 and was carried on through the Covid-19 closing from March to June 2020 and into early-2021. The addition called Capitol Club 21, exclusively for adults only after 6pm, opened April 30, 2021.

Designed by TDSi Architecture, seating ranges from 46 to 58 recliners per auditorium and is attached to the original cinemas by a corridor with its own private entrance, concession stand and restrooms.

The Cinemas also screens live specials such as Wyoming sports events and Ultimate Fighting Championship. Auditoriums rentals are available for parties of 30.