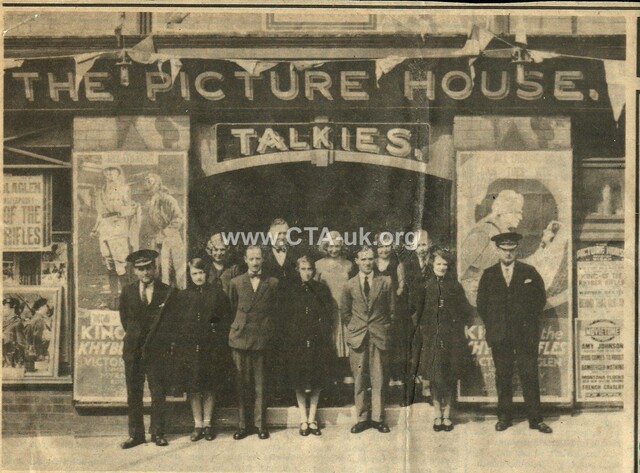 In the district of Scholes, in Wigan, Lancashire, it is not known when the Picture House first opened. One source suggests it opened as the Star Cinema, but I have been unable to confirm this. If so, that suggests this was an early cinema, although it is not listed - under either name - in the 1914 Kinematograph Year Book.

By 1927 it was listed in the Kinematograph Year Book as the Picture House. By then it was owned by Thomas Atherton, who, in 1929, had a British Thomson Houston(BTH) sound system installed. The first ‘talkie’, that September, was “King of the Khyber Rifles”, starring Victor McLaglen.

CinemaScope was installed in 1955, utilising a screen that measured 21ft by 13ft, set into a 24ft wide proscenium.

The Picture House closed in late-1959. After being purchased by the council, the building was demolished in October 1960 as part of area redevelopment. (Indeed, I believe that John Street was ‘lost’ in that redevelopment.)