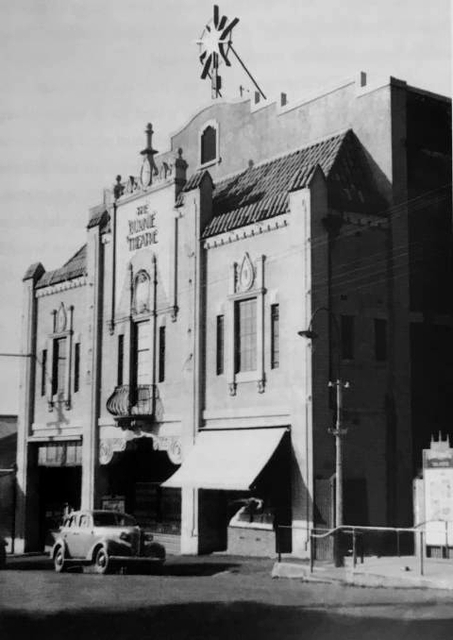 A small brick Town Hall was opened in 1879 on the corner of Mount Street and Cattley Street. A larger Town Hall was opened on the same site in 1888. The original hall became the stage area for the bigger hall. A second storey added in 1908. Purchased by the local council in 1912 and extended to become the Burnie Theatre for live shows. Silent movies were screened from 1918. First talkie movie, screening “The Broadway Melody on 31st December 1929. Closed in January 1931 for renovations, and movie screenings moved to the Town Hall. Reopened on 16th May 1931 with 1,500 seats and name changed to New Burnie Civic Theatre. Name changed to Burnie Star Theatre in May 1936. Name changed to Burnie Theatre in(1955?). Closed in(1976?).

Converted into a department store(name unknown?). Became in 2010(after being demolished or converted?) Into another department store(Harris Scarfe), which closed in September 2017. Use of site now unknown?