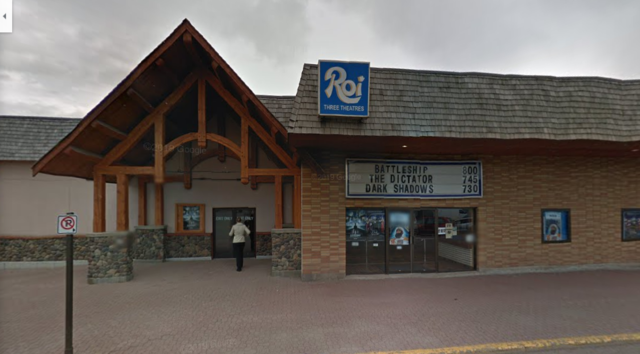 According to this web page, this Roi Theatre was a 1960 rebuild of an old house which had operated as the Capitol Theatre from 1933 to 1941 and the Reo Theatre from 1941 to 1951, when a new owner renamed it the Roi Theatre. The page also notes that the house had been mistakenly listed in the Film Daily Yearbook as the Rex from 1935 to 1940 and then as the Capitol until 1945. Prior to the 1960 rebuild, the Capitol/Reo/Roi had only 200 seats.

A March 2, 1970 Boxoffice article about the retirement of long-time theater operator R.C. “Cece” Steele said that he had moved to Smithers in 1928 and had bought the then-closed Capitol Theatre in 1933. Two other houses in Steel’s small Reo circuit are also still in operation, one as the Grand Reo Theatre, in Vanderhoof, and the other as the Beacon Theatre, in Burns Lake.