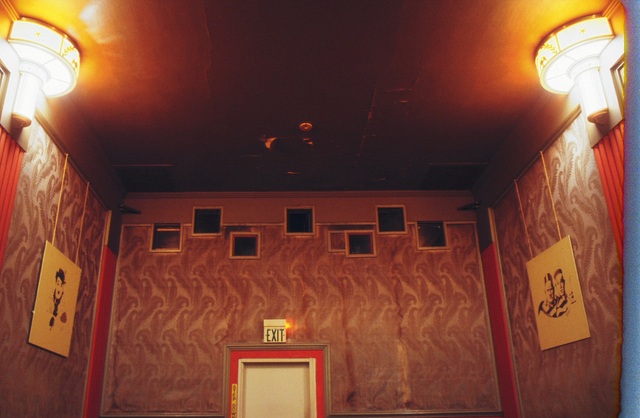 The Jewel Box Theatre was created by B.F. Shearer in his building at 2322 2nd Avenue, Seattle, in 1932. The area was known as Film Row with several building housing movie companies, including MGM, Paramount, Universal, and others. The Jewel Box Theatre was built as screening room for the industry. In 1989 Geof Spencer, Nick Vroman and Dennis Nyback began showing films there every Tuesday night. After that beginning Geof and Nick dropped out of the screenings, leaving Nyback to carry on alone, assisted by Anne Rozier. Screenings were expanded to every Tuesday and Wednesday nights, with an occasional Thursday night taken for special events, such the appearance of Jack Stevenson, who had driven from Boston with films in the trunk of his car. Nyback continued showing films there regularly into late-1991. Films were shown in 16mm and 35mm. It was the only theatre in the area that could screen 16mm magnetic sound prints, such a Scopitone A Go Go and Nekromantic. After Nyback left, occasional film screenings occurred, but only in 16mm optical prints.

Currently the Jewel Box Theatre remains, as a live music venue. It does not screen films. No changes have been made to the interior, although the storefront and Rendezvous Café have been upgraded.