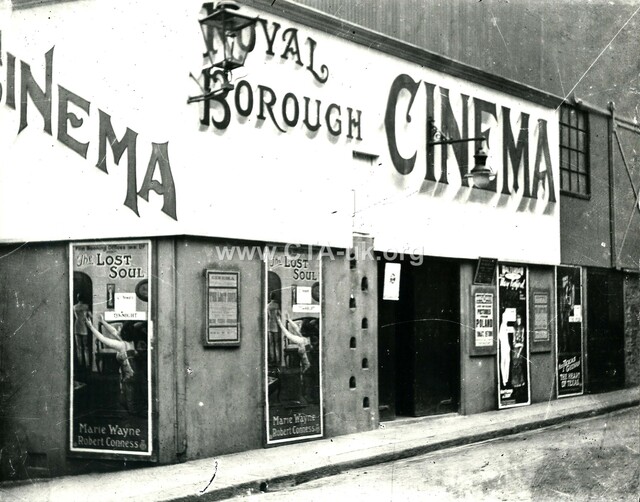 In Fowey, Cornwall, the Royal Borough Cinema had opened by 1913, but was not listed in the 1914 Kinematograph Year Book. It was in the 1923 edition. The proprietor was W. H. Walford. There were 235 seats in the stalls and 45 in the balcony.

By 1928 Mrs Annie Walford, presumably W. H. Walford’s wife, was being listed as the proprietor, and the Royal Borough had been renamed as simply the Cinema. “Occasional variety” was being advertised, using a 10ft deep stage. The proscenium was 26ft wide.

When the ‘talkies’ arrived, a British Thomson Houston(BTH) sound system was installed.

On 25th May 1938 the Cinema was acquired by Rowland Clifford Hill, who opened the town’s other cinema, the Troy Cinema (see separate Cinema Treasures entry) that year. Presumably this was to lessen the competition, as he closed the Cinema on 29th January 1939.

The building was used as a timber store, then demolished in 1975. (It was situated where Passage Street meets North Street.)